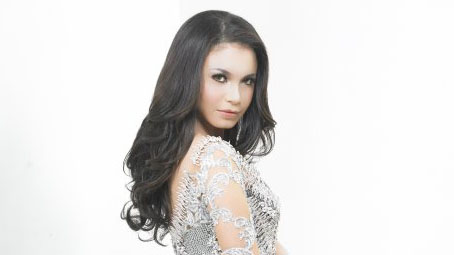 Globalgrind America : Think of any huge pop star in America: Beyonce, Lady Gaga, or Katy Perry, and Rossa is just as popular, if not more in her country. Rossa is Indonesia’s biggest pop star. She’s beautiful and petite, but don’t get it twisted, Rossa’s voice is bigger than life. 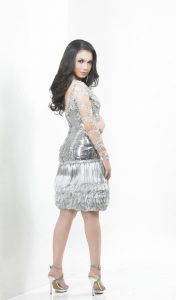 Like most international artists, Rossa is ready to move on from being Indonesia’s national icon to become the next face of American music. GlobalGrind sat down with Rossa to discuss her The Best Of album, celebrity in Indonesia, and making it in America.

Check out our exclusive interview below!

What are some of your musical inspirations?

Rossa: I’m really into the pop scene. I like Jennifer Lopez, some music from Rihanna, even though she sings more R&B, but I love the way she sings. I like Katy Perry too.

How does the music industry differ in Indonesia from here in America?

Actually it’s quite the same because artists like Justin Bieber are always sold out. They listen to American music, and the local artists sing Indonesian songs.

So how long have you been famous, where you can’t walk the streets by yourself?

My career really kicked off in 2000. Yeah, I had a concert in Indonesia, Malaysia, and Singapore. Singapore was October 2011, and a year before I had a concert in Malaysia. The wife of the Prime Minister was my guest of honor, and the concert had 12,000 people. The stadium was big.

Who would you compare yourself to? Are you like the Beyoncé of Indonesia or maybe Rihanna?

I don’t know! Probably Adele, because she does ballad songs more than upbeat songs.

Is it better for an Indonesian artist to sing in English?

If we want to sell in Indonesia, we probably have to stick to the Indonesian language, but I want to step out further because my records are released in Malaysia, Indonesia, and Singapore for those Asians who speak Bahasa. I think English songs would be better in the future because I want to expand to the Philippines and Thailand. English is real easy to absorb. You can find common ground.

Do you plan on making a complete transition to English material?

Those collaborations and associations are exactly what we’re trying to do. We’re open for anything, but if we still want to sell in Asia, basically Indonesia, Singapore, and Malaysia, I can probably mix English with Bahasa and Indonesian culture because that would be interesting.