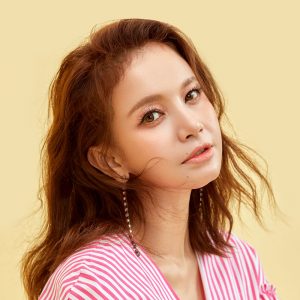 Rossa debuted as a singer when she was 9 years old with her first album “Gadis Ingusan” in 1989. In 1990, She released her second album named “Untuk Sahabatku” under the supervision of Dian Records/Pro-Sound. Following this albums, Rossa took time to complete her studies before continuing her journey with music.

Rossa’s success as a singer came when she released “Nada-Nada Cinta” in 1996 under the guidance of Younky Soewarno. This album sold more than 750,000 copies and the single “Nada-Nada Cinta” was ranked 2nd on MTV Ampuh Indonesia for 18 weeks consecutive under Indonesia’s all time MTV Chart List section. This song was also ranked 1st in the category of Song of the Year MTV Ampuh Indonesia. Besides her activity as a singer, she was also an actress in the soap opera entitled “Dua Sisi Mata Uang”.

In 1999, Rossa released her new album “Tegar”, in which with this album, Rossa become more fabulous, and was certified 4x Platinum Awards. She won an MTV Indonesia Award in 2000 as the Favorite Female Artist, The Potential Star award by Bintang Magazine and The Magical Star by Cek & Ricek. The single Tegar was also used for soap opera entitled “Suami, Istri & Dia” on RCTI. In the year 2000, the album Tegar was also released in Malaysia under BMG Music. Malaysian version on this album sold more than 50.000 copies.

At the end of July, 2000, Rossa released her new album entitled “Hati Yang Terpilih” exclusively for the soap opera in RCTI with the same title. Outside Indonesia, Rossa actively performed in events such as the Asian Music Festival and My Love in Hanoi, Vietnam on October 26th, 2000. She also won the Anugrah Musik Indonesia Awards (AMI Awards) in 2001. Her second single “Biarkan Cinta itu Ada” from the album “Tegar” was also used as the soundtrack of the soap opera “Tersayang” in Brunei Darussalam in 2001.

Rossa finally graduated from the Faculty of Social and Political Science, University Indonesia (UI). On February 2002 she released an album entitled “Kini” which is dominated by ballads. She received the honor of “Best Female Solo Artist” at the Anugrah Musik Indonesia Awards (6th AMI Awards, 2002) for her album’s achievement of being sold more than 500,000 copies. Two years later, she played as an actress in the soap opera entitled “Perisai Kasih” with her song “Kepastian” as its original soundtrack.

The album “Kini” was relaunched by Rossa with the addition of a new song titled “Malam Pertama” composed by Melly Goeslaw exclusively for the soap opera with the same title. This album was certified Double Platinum in 2004. Her single “Malam Pertama” also was ranked 3nd on MTV Ampuh Indonesia for 8 weeks consecutive under Indonesia’s all time MTV Chart List section.

In December 2004, Rossa released a new album entitled “Kembali”. One year later (2005), Rossa was chosen as an MTV Exclusive Artist (Malaysia, January, 2005) & MTV Ampuh Artist of The Month (February 2005). The album “Kembali” was released by Rossa in Malaysia on the 12th of May, 2005 under the guidance of Suria Records with her mini concert being held at Planet Hollywood, Malaysia on the 23th of May, 2005 for promotion. She was also awarded “The Best Female Singer” by Anugerah Musik Indonesia Awards (AMI Awards, 9th, 2005). In Indonesia this album sold more than 800.000 copies after 9 month released.

Rossa was also nominated for an award by MTV Asia Awards in February 28, 2006 in Bangkok as one of the representatives of Indonesia. On the 26th of December 2006, Rossa launched her newest album entitled “Yang Terpilih” with three hits songs; “Terlalu Cinta”, “Atas Nama Cinta”, and “Tak Termiliki”. Atas Nama Cinta was chosen as the soundtrack of the soap opera “Cinta Fitri” by MD Entertainment. In Malaysia, the album “Yang Terpilih” was released on May 16th, 2007. She also won an award from Anugrah Industri Muzik (AIM 15th, 2008) as “The Best Malay Song Performed by a Foreign Artist”.

One month before 2008 began, Rossa again showed her talents as an Indonesian Music Diva with the release of a new single entitled “Ayat-Ayat Cinta” which was exclusively made for film “Ayat-Ayat Cinta” which aired on the 28th of February 2008. This single has won a lot of award such as “The Best Female Singer” by Anugerah Musik Indonesia Awards (AMI Awards 11th, 2008), The Most Popular Singer by SCTV Awards 2008, The Best Favorite Singer by SWA Magazine, and The Best Malay Song Performed by a Foreign Artist by Anugerah Industri Muzik (AIM 16th, 2009).

Rossa also performed “Takdir Cinta” and “Tercipta Untukku (feat. Ungu)” for “OST. Ayat-Ayat Cinta”. In Malaysia, the single “Ayat-Ayat Cinta” broke the record by being the most downloaded song with more than 700,000 downloads by international singer. Rossa also had the chance to perform at the Asian Night Olympic Games in Beijing, China (2008) as the representative of Indonesia.

Rossa’s single concert on the 26th of November, 2008, with the assistance of Jay Subiyakto and Erwin Gutawa, was finally realized with the title “Persembahan Cinta” in the Jakarta Convention Center (JCC) accompanied by UNGU and Melly Goeslaw as her special guests. The tickets sold out three weeks before the concert with attendees numbering around 6000.

October 11th, 2011. Rossa held her own concert outside of Indonesia, in Esplanade, Singapore. The concert was entitled “Harmoni Cinta”. At this concert, Rossa launched her new single, “Aku Bersahaja” which was sung together with “Taufik Batisah”. This concert was attended by 1,800 fans. At the end of 2011, Rossa released an album entitled “The Best of Rossa” in Indonesia, with 3 popular songs; “Jangan Ada Dusta Diantara Kita (feat. Broery Marantika), Tak Sanggup Lagi, and One Night Lover (feat. Joe Flizzow). 2 more songs were added to this album for the international market “Ku Pinang Kau Dengan Bismillah (feat. UNGU)” and “Aku Bersahaja (feat. Taufik Batisah)”. In Indonesia, this album sold 1,5 Million Copies and it was ranked 10th on the list of Indonesian all time best selling albums. Along with this album, Rossa won awards of region and national acknowledgement. In addition, the duet with Joe Flizzow “One Night Lover” delivered Rossa as a singer in New York Fashion Week (2012), and her name was listed in Global Grind, a well-known entertainment website in the USA.

Apart from her activity as a singer, Rossa also expanded her activities into the family karaoke business, and established Diva Family Karaoke. Currently, Diva Family Karaoke is one of the biggest family karaoke establishments in Indonesia. She was also appointed by Fremantle Media as one of the judges for X-Factor Indonesia (Season 1) and with her coaching her contestant won.

At the launching of her latest album “Love, Life and Music” in May 2014. Rossa successfully broke the Indonesian World Records Museum (MURI) with the Oriflame Version of her album selling 100,000 copies, and the original version of this album was certified Triple Platinum Award. Rossa plotted “Hijrah Cinta” for the Indonesian market and it was used as the soundtrack of the Indonesian film “Hijrah Cinta”. For the international market, Rossa plotted “Salahkah (feat. Hafiz)” as the hit single. Afterwards, Fremantle Media appointed Rossa as one of judges of the X-Factor Indonesia Season 2 and again she won with her contestant. This album was certified the Multi-Platinum Awards on January 30th, 2015.

Rossa held a concert in 2015 at Istana Budaya (Malaysia) entitled “Malam Keajaiban Cinta Dato Rossa” that gained an audience of 2000 fans per night. Rossa created history the first Indonesian artist to hold two days of concerts at the Istana Budaya (Malaysia), which also broke the record as the most expensive tickets sold for a concert, the price itself being RM 1,500. In addition, Rossa also held a concert in Persada Johor, International Convention Center entitled “Pesona Cinta Dato Rossa” with 1,800 attendees.

In early January, 2016. Rossa held a concert again at Istana Budaya (Malaysia) entitled “Raja & Rakyat Berpisah Tiada” along with 7 Malaysian singers to commemorate Sultan Pahang’s birthday. This concert successfully broke the record of the most expensive ticket prices at RM 5,000.

Rossa created a new single “Jangan Hilangkan Dia” from Ryan D’Masiv, arranged by an International musician, Tushar Apte. The song was first released in 4 countries and was ranked number 1 in “iTunes Soundtrack” for 6 months. Afterwards, Rossa went to LA in July to record her latest album, with Mitch Allan as her vocal producer. Rossa also performed at the event “21 Asian Television Awards” on the 2nd of December 2016 as a representative from Indonesia.

On April 5, 2017, Rossa produced a new album entitled “A New Chapter” which incorporated new genres such as EDM, Electronic Pop and Urban with the support from International Musicians from Hollywood who had previously worked with international singers Demi Lovato, Justin Bieber, One Direction, Rihanna and many more. This album has 4 English songs and the remaining 5 are in Indonesian.

Her new English single entitled “Body Speak” enabled Rossa to be the “First Indonesia Artist” who made an appearance on MTV Asia Spotlight Artist for 1 whole month. According to Peter Coquillard, the Excecutive Producer for the 4 English songs on the new album, namely “A New Chapter”, these songs were initially planned for Celine Dion’s new album in the future but Rossa was proud to be given the honor to sing these songs.

To commemorate the 21 years of her career in the music industry, Rossa deployed a concert entitled “The Journey of 21 Dazzling Years” at the Jakarta Convention Center (JCC) with the help of Jay Subiyakto as Art Director and Tohpati as the head of the Orchestra. This concert was attended by a crowd of 6000. Her latest album, “A New Chapter” was certified 4x Platinum Award on the 4th of October, 2017. Rossa is believed to be singing a title for the soundtrack of the film “Ayat-Ayat Cinta 2” entitled “Bulan Dikekang Malam” that was released on 20th October 2017.

Rossa also held another sold out concert at Esplanade, Singapore in 2017 based on The Journey of 21 Dazzling Years. In early on 2018, Rossa release some new single likes “Pernah Memiliki (feat. D’Masiv), Bukan Maksudku (taken from the album “A New Chapter”) and The Good Is Back (feat. Anggun)“. Rossa received prestigious “Intellectual Property Award 2018” by Indonesia Directorate General of Intellectual Property Rights for her contribution for Music Indonesia. She’s also awarded by SCTV Music Awards 2018 as “The Best Female Singer” for her song “Bulan Dikekang Malam” original soundtrack film “Ayat-Ayat Cinta 2”.

Since the album “Tegar (1999)” Rossa’s albums have not only been released in Indonesia, but also in Malaysia. In addition, her album entitled “Kembali” (2004) was a big hit as it was also released in Southeast Asia, Taiwan and Hong Kong. In October 2014, she released her album “Love, Life & Music”, making it the 5th album to have been released in Japan. All her digital singles and albums have been made available for worldwide download since 2011.

If you have any queries, please send message, and we will be in touch soon 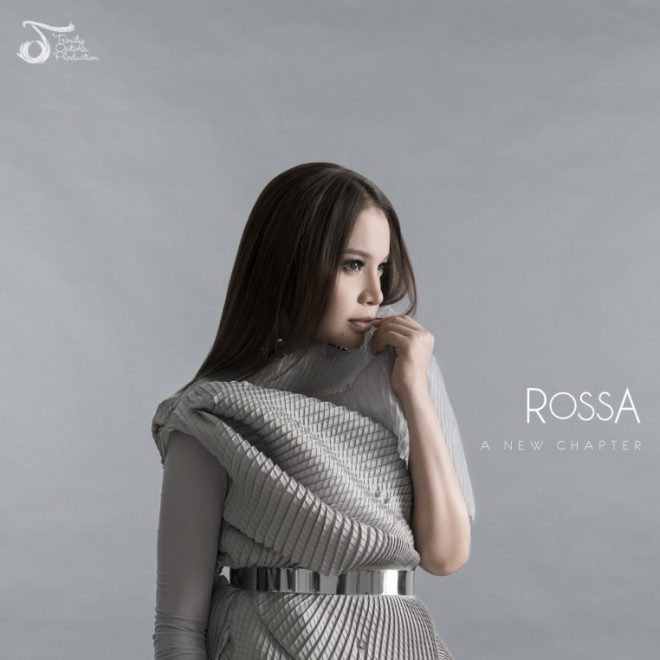 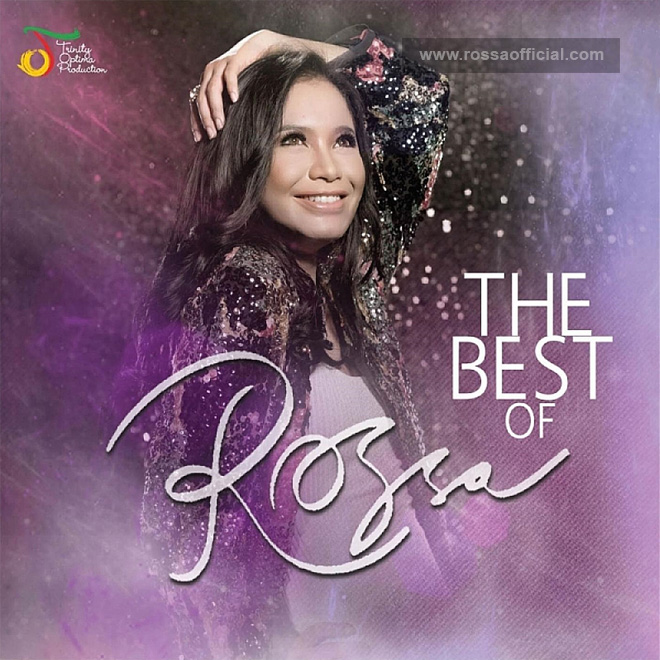 14 The Best Of Rossa Rossa 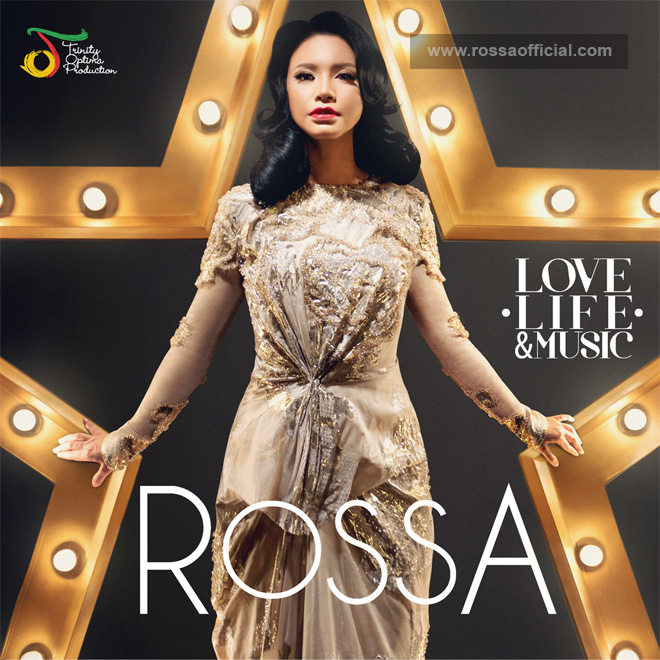 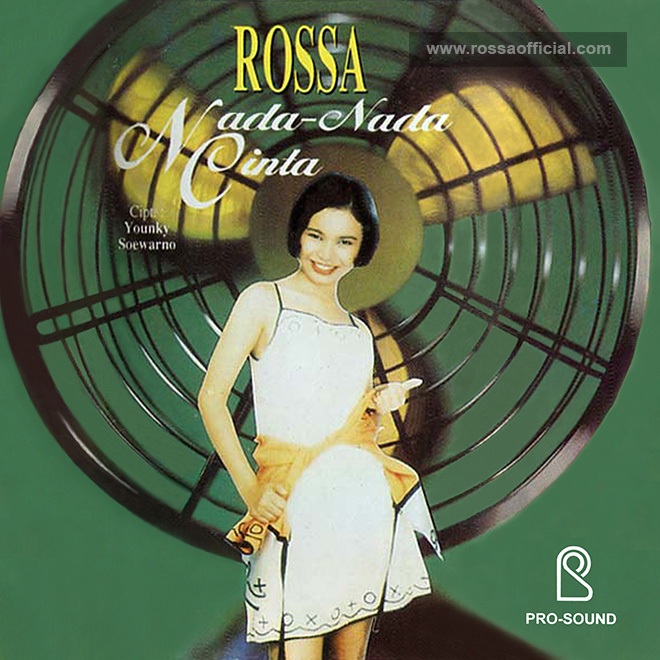 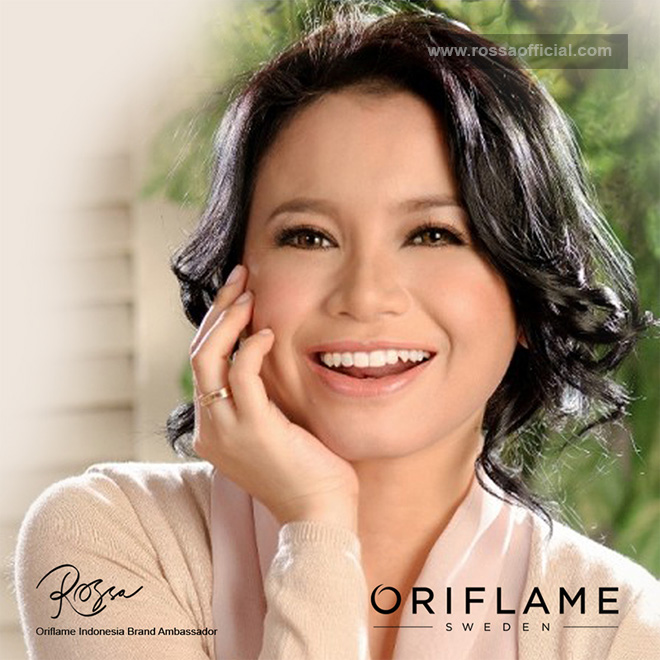 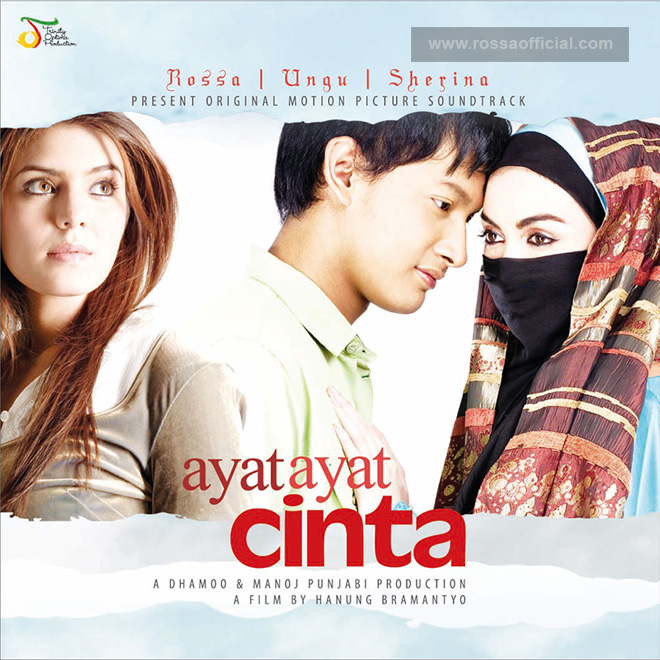 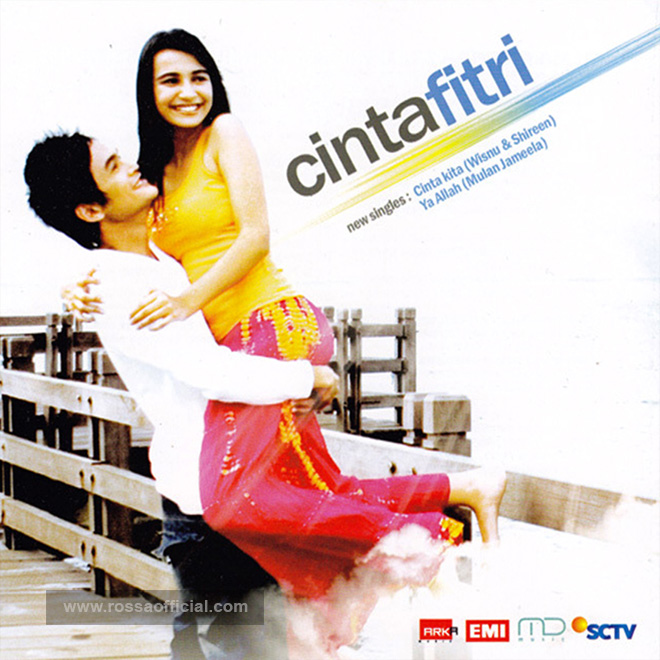